The Geeks Guide to Currencies: Trust and Promises

Trust is probably the most fundamental property that money should have (but doesn’t always have). You need to be able to trust:

This article is mainly about the trust of currencies without intrinsic value.

A currency with intrinsic value is something like a gold coin that is worth exactly its weight in gold. There are trust issues here as well as counterfeiters can pull all kinds of tricks, but I won’t go in to that now, but rather point you at the fascinating book Newton and the Counterfeiter: The Unknown Detective Career of the World’s Greatest Scientist

Any currency without intrinsic value consists basically of a promise given by an issuer.

The Issuer and their promise

The issuer is the person or organization who creates money out of thin air. Here are a few examples of currencies and their issuers:

The three first are national currencies and their promise is made by law that these currencies are legal tender for their particular countries. These are also called Fiat Currencies as they are based on a decree by the government and not on a regular promise from the issuer to the holders of the currency.

You might think that your bank’s checking account is the same as a Federal Reserve Note. It isn’t. In reality it is a promise by the bank that you can exchange their currency at any point for “US Federal Reserve Notes”. The issuer of most regular bank accounts are your bank itself. They may offer MoneyMarket funds, Credit Cards and other currencies that are actually issued by affiliated companies. Banks also have the additional promise of strong regulatory over site by the government regulator and government insurance schemes like the FDIC in the US. In theory this provides more trust, but in practice we can see that it doesn’t always work out that way.

PayPal’s currencies are similar to bank accounts. Each currency is a promise that you can exchange a balance in it for a transfer to your bank account. Most people probably don’t maintain a balance and just use it to transfer between 2 bank accounts, but that is how it works behind the scenes.

PicoPoints is an example of a virtual currency for an online service (namely our own PicoMoney service). It is issued by our company and our promise is that you can use it to purchase services within our system. This is also how Facebook Credits, World of Warcraft Gold and even mobile phone credits works. You buy or earn the credits directly from the issuer who is also the main business you can use it with.

The way virtual currencies work is that the amount in circulation is an accounting liability to the account holders. In other words, if you own 1 PicoPoint we owe you 1 PicoPoints worth of service.

Pelle Hours is mainly an experiment, but I’m including it anyway. This is really a virtual currency as well but it is based on my own time. Each unit (hour) is worth one hour of my time. I can sell, exchange or donate my hours. But each one is backed by my personal promise that I will perform one hour of work for it.

The above promises by issuers are all well an good in a perfect world. However a number of factors can affect the trust in the currency. Most of these things are related to how well you as the holder of the currency feel that you can continue to use it or if you think it will loose value. For example if the supply grows of the money while demand lowers. Then you have inflation. 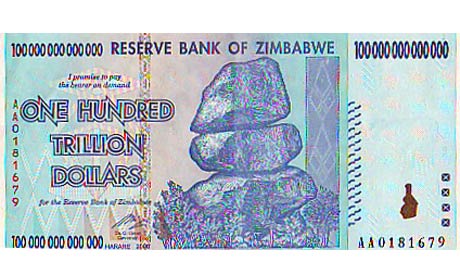 This basically means the value of the currency becomes less and less. Good governance and transparency is important to avoid inflation. In the US we have official inflation numbers and several unofficial measures of it that state something difficult. It is an incredibly complex subject, that is made more complex by lack of transparency amongst many currency issuers such as the Federal Reserve as well as banks. See here how Argentina’s government and central bank are actively trying to fake their inflation numbers. Some people say the US Federal Reserve is doing the same.

What about virtual currencies? While most virtual currencies are run by private or public companies there generally is very little accountability for them. There are no published circulation numbers and little information about the growth of this which could be an indicator of inflation. For example a growth of circulation for a currency might mean that the service is doing well with lots of new customers, but it could also mean that the issuer is overselling credits (maybe for legitimate reasons).

E-Gold innovated a lot in this field. While they weren’t what I would call a virtual currency they created a lot of tools allowing their users to peek inside their currencies. See my previous article about e-gold for more.

While transparency and good governance is great, the real question is “Can I use it?”. If you can use or exchange it for something it has value to you, regardless of any issuers, promises and transparency. See the story for example of how the Iraqi Swiss Dinar’s continued to have value even after the fall of the government who originally issued them.

Where does BitCoin fit in?

I’m planning a longer article about BitCoin as it doesn’t really fit in anywhere in the above. There is no promise and no issuer. There is plenty of governance through the open source project and transparency through third party services such as BitCoin Charts and Block Explorer. It is very interesting and exciting to see whats going on there so do keep an eye on it.

Feel free to read the previous articles see On currencies, virtual or otherwise, 4 flavors of the mighty dollar and Trade, money and Value this one or in order.

While we aren’t officially launched yet, please feel free to check out PicoMoney. We are attempting to create a platform for creating transparent, tradable virtual currencies.

This is very interesting to me, if you would like i could explain some things regarding bitcoins ( though I am really not an expert but a person who invested a couple of weeks only. )

My name is Pelle Braendgaard. Pronounce it like Pelé the footballer (no relation). CEO of Notabene where we are building FATF Crypto Travel Rule compliance software.

Most new articles by me are posted on our blog about Crypto markets, regulation and compliance

Other under Financial Innovation